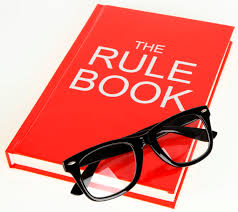 Last month was the first since I have been writing a blog that I failed to post anything. In the few days between Christmas and New Year I caught myself thinking:

I haven’t written anything- I must get on with it. In December I told myself I was going to try and blog more not less frequently, and now I haven’t done anything at all.

To be fair to myself, which I am not very often, I am the lead editor of a multi-author book (the second edition of Primary Care Mental Health, to be published by the Royal College of Psychiatrists), which is already past its submission date, and taking up quite a bit of my energy. Not everyone gets his or her chapters to you in time. There are only so many hours in one day when you are trying to do really important things like spend more quality time with your loved one and two storms, Barbara and Connor, pass immediately over your tiny windswept house in succession. But I found myself thinking I really must do this. I should be writing.

I’ve spent most of my life making rules for myself. I must work really hard. I must try not to upset other people. It wasn’t until I had cognitive therapy that I was able to identify them for what they are: my crazy rules for living, that I have often castigated myself for failing to live up to. But the problem is that knowing how your mind works doesn’t always stop it from pulling a fast one on you when you aren’t paying attention, and starting to set itself another impossible goal before you realize what it is up to. And before you know it, you’ve gone and done it again- and you are ruminating about something you have said and done- or haven’t done, once more.

But then the strangest thing can happen- and you get a sudden flash of insight- and feel a fool.

Just before the holidays I had to tell someone I am working with on a project that I disagreed with them. This is something that hasn’t always gone well- usually because I get too emotional about things rather than thinking about exactly what I want to achieve from the interaction- another thing that I learned in therapy. When I push my point home a little too hard I have been told I can be scary, even though I am the one who is actually quivering with fear. I told another colleague about what had happened and she just shrugged: They’ll get over it. And suddenly I realized that it was only in my head that it was a big deal. When you ruminate, you can begin to think that the other person knows how much you have been preoccupied by it. But of course they don’t do they?

I wish I had been able to gain the self-confidence earlier in my life to be able to say those four words to myself more often. But I’ve been thinking about them the last few days whenever I start to feel guilty about not posting the blog. I gave myself permission to break a rule – one that I had made myself. Not only was it a relief to do it, but I will get over it!