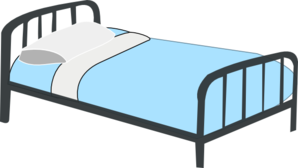 I had been essentially bed bound for 5 days, catheterized, cannulated and weak as a new born, in a ward for the elderly which I will call ‘ward A’, when the first senior nurse I had spied came into the 4 bedded room in which I lay. She chatted and giggled for ten minutes or so with the nursing assistants, who all stopped what they had been doing. I couldn’t hear much of what was said as I wasn’t wearing my hearing aid, but I picked up the gist that it wasn’t work related. Then, picking up her paperwork, and after a cursory glance through each of us patients as though we were invisible, the senior nurse departed again.

Five days earlier the highly professional doctors and nurses in the Emergency Department and medical assessment unit saved my life. I was diagnosed with sepsis secondary to pyelonephritis, given iv fluids and antibiotics and admitted initially to the medical assessment unit. There I was cared for by a pleasant final year nursing student, who told me her name and explained that I would be transferred forthwith to another ward for on-going care. Sadly, that was when things took a downhill turn.

If I hadn’t had anything to compare it with (see below), I might have thought that the care I received in ward A was the best on offer. On arrival I was left in a metal wheelchair in a corridor for 2 hours, with nowhere to rest my head other than a table-top and the body of my husband standing next to me. I’m 61 now, but I was by far the youngest in ward A, and I wondered if that played a part in some of the nurses apparent perception that I didn’t need any help- even though I was acutely ill, apparently rambling at times, and receiving intravenous antibiotics for the antibiotic resistant e-coli bouncing around my circulatory system that I had acquired in another hospital after a routine cystoscopy. Each morning I was expected by the night staff to get out of bed and sit in a chair with no pillow for 2 hours even though I was septicaemic and unable to support my own weight, while I waited for the day staff, a couple of whom chewed gum all the time, to ‘come and do the beds’. After 2 days I rebelled and crawled back onto the bare mattress but they didn’t come any sooner and left me until last. While lying there I heard the lady in the next bed who was barely conscious referred to as a ‘bed-blocker’. Then I refused to get up altogether at 6.30 am and my increasingly stained sheets were left unchanged for 3 days while the dressing on one of my bilateral cannulas, left in for almost a week, began to discolour and smell.

Neither the nurses nor the ever-changing doctors who visited each day introduced themselves and I couldn’t read their name badges as I didn’t have my glasses with me. I gradually learned which nurses to ask if I wanted something, and which ones would ignore me or get inpatient if my request didn’t fit with their all-important routine. Two of the staff nurses and one of the untrained nurses showed me considerable kindness- they told me that they had been hospital in-patients too and knew how important it was to be provided with information. Another left me for 2 hours in acute pain. Three days into treatment I was mistakenly given my medication orally rather than IV, but even this didn’t warrant a conversation with the lead nurse. When I made my first unsteady foray out of the room and down the corridor, fortunately without falling, I couldn’t resist a cynical snort when I saw a poster all about ward A’s dedication to providing high quality patient centered care.

Halfway through my stay, as I began to recover I was transferred to another ward, which I will call ‘B’. I was immediately greeted by the senior nurse who expressed horror at the sight of the tube hanging from my arm and insisted on its replacement. This was a surgical ward, and it was quieter, but only at first, and it soon filled up completely with post-operative patients and quite a few people as disabled as those I had shared a room with before. Everyone there introduced themselves with ‘Hello my name is’. I became visible again- as a person who was sick and needed care and assistance. Each day my bed was remade and I was able to get back into it if I needed, as I was still utterly exhausted. This was the NHS that I recognized but it felt as though I had been moved to a different hospital – not just to another floor. The mattress was even more comfortable (this was not a halo effect- my lower back no longer required a supporting pillow!). I was assured that beds were the same, yet it seemed to me that the people most at risk of pressure sores were sleeping on the oldest and most worn in the hospital. I also realised that the floor of ward B, unlike that in ward A, which had caked on dirt by the side of my bed, was actually clean.

I hate to criticize the NHS. I spent my life working in it, and I do believe it is the best health care system in the world- but I don’t think that means we should assume that all of its failings are related to lack of money and understaffing. I’ve worked in and researched health care long enough to know that isn’t true. From treating NHS employees with mental health problems who were bullied or excluded by managers and staff cliques, I know how much culture and management play a part in how effectively a unit operates, and how leadership style is crucial. That I only once saw a senior nurse in my time on ward A- and I and my fellow patients were invisible to her, was, I believe a contributing factor in why ward A was failing to provide the care it aspired to. In ward B the senior nurses were regularly seen around the unit and were approachable to patients and relatives.

After 2 weeks, I was discharged home where I am still slowly recovering. My bruises are disappearing and my desire to do something to change things has returned in force. I’m not good at being invisible- it’s a life long problem. I will be writing to the Chief Executive of the Hospital Trust … and also suggesting that if any of the Board are in doubt about the state of the beds in ward A they should be invited to spend a night (or two) in them.

7 thoughts on “The invisible patients”