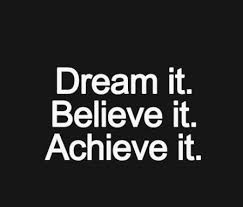 So many people in the world now seem to be in pursuit of happiness. Worryingly that seems to be perceived to be something that primarily requires us to rework our ‘self’ with all of those self-help books I’ve complained about before; or achieve with very short-term therapy in which you don’t, God forbid, have the opportunity to get dependent on your therapist, even though every one of us, therapists included, are dependent on someone or something. And if you don’t achieve happiness I suspect the conclusion will not be anything to do with the difficulties that you have faced in your life- the traumas of childhood, the struggles of poverty, the lack of meaningful employment or the stigma that you face for being ‘depressed’. No, I am beginning to fear that in this age of relentless positivity the conclusion will be that you simply haven’t been smiling hard enough.

If there is a truly positive place in the world it is America. People serving you in shops and restaurants (mostly) smile at you and wish to ‘have a nice day’ (although the young man in the fish shop in Orkney wished me that today too- sadly). For those of us more cynical Brits who spend time in the USA (like Ruth Whippman in in her recent book ‘The Pursuit of Happiness’) it can be difficult to come to terms with a place where everyone seems to be so determined to find happiness by one means or another. In my favourite bookshop, the Elliott Bay Book Company on the top of Capitol Hill in Seattle, which by the way has a marvelous ice cream shop nearby, I found that the personal development shelves where people go to seek instruction in happiness, have now been relabeled simply as ‘self’. On the top of this section there is now label which simply said ‘self overstock’ which may or may not be intended to be ironic. I didn’t purchase anything, though I did buy a large vanilla cone from next door, which provided some relatively short-lived but exquisite pleasure.

I find the current vogue for dishonestly reframing everything in a positive way really irritating. We are not allowed to have problems any more only strengths.

Well that’s fine. I know I am a resourceful and resilient individual thank you very much with an excellent standing in the community. But can you help me with the fact that my electricity’s been cut off. That’s a problem not a bloody strength. And since I lost my job I’ve been feeling really down and I’ve had no money for 6 weeks while they sort out my benefits. I don’t mind you saying they are problems, because its true, they are, and I need some help.

This persistent and problematic level of positivity seems to have entered almost every aspect of mental health care. I suspect it wouldn’t bother me so much if it was balanced with an acknowledgement that people have real life difficulties that for which they do really need the help of others, especially mental health and social care services. And I have a suspicion that its all really about people becoming more ‘self-sustaining’ and cheaper to run.

The current wave of positivity began with the rise of the Positive Psychology movement almost two decades ago, led by the American psychologist Martin Seligman, previously better known for having come up with the term ‘learned helplessness’ to describe what happens when people feel powerless to change their lives for the better- and proposed as one of the psychological theories for how we get depressed. In her wonderful book Smile or Die: How positive thinking fooled America and the world the journalist Barbara Ehrenreich ably convinces the reader that the ‘positive thinking’ movement has not only pervaded almost every aspect of our world in the 21st century through the influence it has had on business and economic theories, but that it has also done a considerable amount of harm. We have been encouraged to believe that by thinking in ways akin to making magical wishes, we can improve our lot. That by the repetitive act of reading daily ‘affirmations’ and writing gratitude letters to express how we feel about what is positive in our lives we can increase our sense of ‘wellbeing’. Even that by thinking positively we can avoid death from cancer.

Even though the evidence for positive psychology remains weak  when viewed against what we know about other kinds of psychological treatments (and in the case of beating cancer, non-existent), it has consumed all in its path- perhaps supported by the extraordinarily powerful marketing that has accompanied it. Those who have developed it have become gurus and then very successful business people. As Ruth Whippman points out, their expertise is now being purchased to bully the unemployed into feeling better about their job prospects. And positive psychology has found its natural bedfellow in the Recovery movement where there is a similar degree of evangelical positivity about the future prospects of a person struggling with mental health problems. In the recent book ‘Wellbeing, Recovery and Mental Health’  which ‘brings together two bodies of knowledge on wellbeing and recovery’ the authors describe a type of positive psychotherapy for people with severe mental health problems including such strategies as ‘savouring’ (I’m not sure what that means), gratitude letters, and recognizing your signature strengths; once again without providing much good evidence of its effectiveness  other than those who took part had very positive views of the programme. I do hope that was enough for them.

I’m finding all this unwarranted and dishonest positivity quite depressing. Am I alone? Or is this just another instance of my unfortunate learned helplessness?

18 thoughts on “Why I’m fed up with being positive”